His friends being sad, The Farmer's strict ways, losing Lola, the Pigs beating him

Bitzer, The Flock, The Farmer

The Naughty Pigs, Trumper, The Phoney Farmer, The Bull, Mower Mouth (formerly), The Farmer's Niece, Pidsley The Mole, The Fox

Leader of The Flock

"A Close Shave" (Wallace and Gromit)
"Off the Baa!" (Shaun the Sheep)

Shaun is the titular character and main protagonist of Shaun the Sheep. He is the leader of The Flock. A mild-mannered yet extraordinary creature, Shaun exhibits typical human behaviour, which causes the other sheep to view him as their leader in times of confusion. Shaun, with his antics, has a tendency to get his flock into trouble but also manages to get them back out. Despite his efforts to avoid Bitzer the sheepdog, they are very close friends and sometimes work together to sort things out.

Shaun originally appeared in concept in the Wallace and Gromit short film A Close Shave, as a young lamb who had escaped from a large sheep rustling operation and into the inventor's home. Shaun accidentally found his way into Wallace's Knit-o-Matic machine, resulting in him being completely shorn, with the machine making his wool into a sweater. Amused, Wallace decides to name the sheep "Shaun", a play on the word "shorn", and gives him the sweater to wear in place of his wool. Shaun was a valuable help resolving the conflict of the film, aiding Wallace and Gromit in taking down the mad robot dog Preston and stopping him from turning the stolen sheep into wool and dog food.

As Wallace and Gromit doesn't share continuity with Shaun the Sheep, the version of Shaun seen in the short film is not the same character as the one from the TV show, sharing only a name and a loose design similarity.

Unlike most members of the Flock, Shaun a considerably slim sheep, with his wool being more closely shorn than others. He also has larger ears and a large tuft of wool on the top of his head, which in later seasons is revealed to be a wig rather than grown fleece. Despite his smaller size, Shaun's tail is as large and fluffy as the rest of The Flock's.

Creative and ingenuitive, Shaun displays a level of confidence, independence and creativity not found in the other members of The Flock. As such, the diminutive sheep are looked up to as their defacto-leader in times of crisis or uncertainty, a role he takes quite seriously. He is not without a mischievous side, however, and will often play pranks on Bitzer should an opportunity present itself.

Bitzer and Shaun are good friends, having grown up together from the time they were very young. In the present day, the two are often at odds with one another, due to Bitzer's role as a farmhand and Shaun's mischevious ways. Although the two often come to blows, their friendship always wins out in the end.

Despite his prominence in the series, Shaun has very little personal interaction with the Farmer, as the latter considers him little more than an ordinary sheep.

In the first film, it was revealed the Farmer had raised Shaun since he was a lamb, creating a strong level of attachment despite their continued antics. When the Farmer developed amnesia, Shaun attempted to locate and return him to the Farm, only to be sadly rejected by the Farmer, who had developed a new personality as the Superstar barber "Mr. X".

Due to his high level of independence, Shaun is typically the one to guide the Flock in any action they undertake. Though Shaun takes his duties as The Flock's leader seriously, he is constantly exasperated at their lack of common sense, and often finds himself reigning in their more outlandish antics. Despite this, he openly cares for the entire Flock, and will always do his best to ensure no Sheep is left behind.

Shaun often babysits his younger cousin Timmy, both keeping him pacified and making sure he is safe. Timmy in turn looks up to Shaun as a role model, and will often come to him when troubled.

Being mortal enemies, Shaun is often at odds with The Pigs. Often times, The Pigs will be the ones to start a conflict, though just as often Shaun and The Flock will openly antagonize them. Regardless of who threw the first stone, The Pigs rarely come out on top in their continued fueding, typically due to Shaun's resourcefulness. 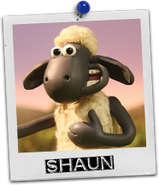 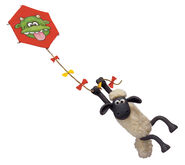 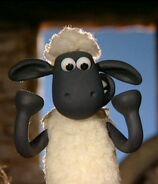 Shaun and the Flock Distracting The Farmer.

Enjoy in The Big City

Shaun and The Farmer

Shaun almost to enter to The Caravan

Shaun about to Figth with Trumer

Shaun saves The Flock and The Farmer

Trumper about to throw Shaun off the cliff.

The Farmer happy to save Shaun

The Farmer stil furious of Trumper

The Farmer and his animals

Shaun and The Flock

Shaun and His Family 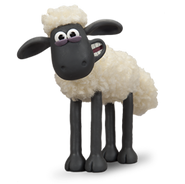 Shaun in A Shaun the Sheep Movie: Farmageddon 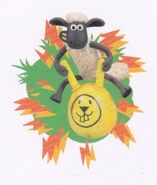 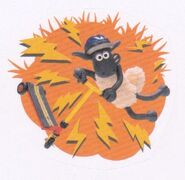 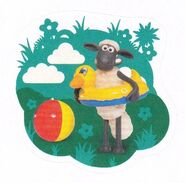 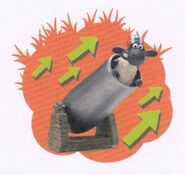 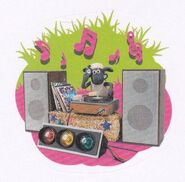 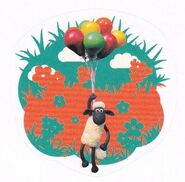 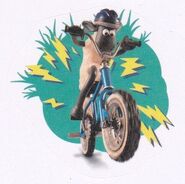 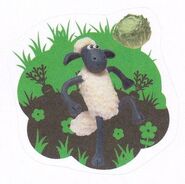 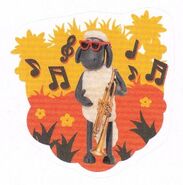 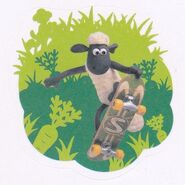 You're in control with our free app

Mardles shaun You're in control

Shaun to be wild

Mayhem in the meadow 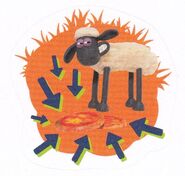 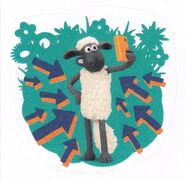 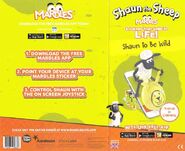 Mardles stickers that come to life! shaun to be wild 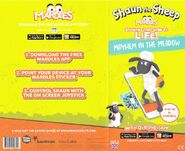 Mardles stickers that come to life! mayhem in the meadow 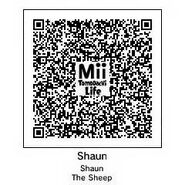 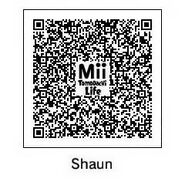 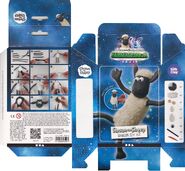 shaun diy kit
Add a photo to this gallery
Retrieved from "https://shaunthesheep.fandom.com/wiki/Shaun?oldid=13237"
Community content is available under CC-BY-SA unless otherwise noted.