Slip is a character and the tritagonist in the 2015 stop-motion film Shaun the Sheep Movie.

She is first seen looking in a garbage bin eating some junk food and seeing Shaun coming off the bus, until Trumper contains her and takes her to the animal Shelter and so does Shaun.

Later while Shaun and Bitzer are in the shelter Slip cries in her wishing to escape the Shelter, next day two citizens come to the shelter to pick, but from Slip's looks she is a ugly dog according to the citizens then Trumper comes in and insults her while Shaun tries to get his keys to escape.

They escape leaving Trumper in the cell Where Shaun and Bitzer where, She takes them to her orphan home where he lives near the big city. Next day they got out to look for The Farmer, they find him but the gang don't know that his memory is lost.

They come up up with a plan to get the Farmer back to Mossy Bottom Farm, by controlling a inside a costume of a horse while the Farmer being the cowboy on top, but they get followed by Trumper only for him nearly killing them with a tractor, but the Farmer save them just in time when his memory came back.

While Trumper tries to escape the farm to prevent the Farmer discovers for what he did, Slip bits Trumper's foot for what he did. While Slip still biting Trumper's foot and he tries to escape from the farm and reason with the Farmer, the Bull comes from behind and left him flying into a mud pile, She leaves a letter for Shaun saying some about leaving and going back to the Big City, but then she finds out that the bus driver is same as her for one example big ugly teeth. She waves at Shaun and leaves on the bus driver's lap, this was the last time that Shaun saw Slip.

She is seen in the credits with the bus driver as Slip's new owner and also she meets with Shaun and the flock. 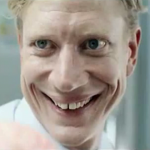 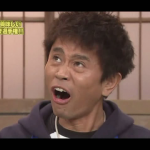